An ancient Chinese proverb/curse is said to be"May you live in interesting times."  Truly we are in an age of great deceithave seen the truth denigrated,obscured or suppressed entirely.
Tonight Facebook has refused to allow me to post a page of the Bible, a book inspired by the Almighty Creator.
This Bible was first published in 1609 by the English College at Douay.
The imprimatur was granted by Francis Cardinal Spellman in 1961 as the Archbishop of New York.
This version of Scripture was copyrighted in 1961. 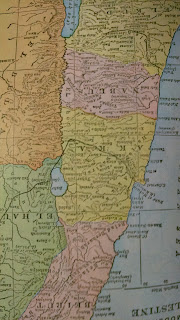 And what fault does Mr. Zuckerberg find with this fifty five year old page?
Why is a fifty five year old illustration garner censorship?
It is the image of a map of Palestine circa 1961.
We live in a time of deafening silence..We live in interesting times.
The map tells it's own story...
Posted by rubyinthedust at 4:06 AM 3 comments:

Alicia Keys on wrong side of Apartheid

The Palestinian call for boycott, divest and sanctions

The US Campaign for the Academic & Cultural Boycott of Israel (USCACBI) has an article at the link about the impact of cultural icon Alicia Keys' Fourth of July performance in Israel, despite the many pleas for her to cancel.

It is believed by many that the BDS campaign is bearing fruitful results, especially in comparison to three years ago.  Not many socially conscious, moral performers will perform in Israel and Miss Keys had a reputation for her work for children....just not Palestinian Children, in my opinion.

The link is very detailed and can tell the story and context more precisely than I can do.

Today's personal pain is wondering what evil, wicked people threatened her with.  Most definitely the mysterious "they" will have warned her that her career can be **quashed and her own person harmed either physically or through the Israeli-firsters' efforts, a la Helen Thomas.

My message today is a plea to our Almighty Creator to strengthen my will to make difficult moral decisions and to guide me on a moral path.

As an USAn on the Fourth of July

"Dedicated to that ROC person..." Wendy

The personal pain of being an American (how arrogant) on coping with the truth is we are now a Fourth World country, a police state, ruled with fear and brutality.

Can I start with sixty per-cent of USAns that are acknowledged, validated and carefully named the  food insecure?   Six out of every ten of my neighbors go hungry habitually.  I am not a big believer in statistics.   My lying eyes tell me that the number is significantly higher in my urban neighborhood; commonly called  the ghetto.

My ghetto is actually beautiful, it would be paradise on earth if it was not densely packed with struggling old folks and impoverished, neglected children.  To paint you a picture I was told by a police officer that he was afraid to come to my street because even with back-up the people will gather and confront and even threaten police officers.  That is what the man, who was early forties, looked in good shape (not a do-nut and nap type at all) yes that is what THE MAN said.

There are hand guns all over, on this  fourth of July those with guns will use the cover of the flash bang noise makers, cherry bombs and firecrackers to shoot with impunity  for at least the next five days.  Today even those with only shot guns will be blasting away -- bread and circuses anyone?

By deliberately destroying
humanity's most prized sacred places at will they show their contempt and power for all that try to live as our Creator has instructed us.   Whether in the Old Testament, New Testiment or in the Quran, human values remain consistent, no killing, stealing, lying, and worship of our One and only One True God.
My personal pain today is acknowledge my own complicity in my country's crimes.

The AmeriKan me, who knows quite a bit about my nation's egregious crimes, thought first about the inconvenience to this writer.

I participate every time I spend money for a product that makes money for a corporation that is funding extremists.
I signed another useless petition today, begging Alicia Keys to cancel her scheduled Israeli performance.

She may have  already performed by the time I signed, but we need to encourage those bold enough to strive for positive, moral change.

What does that have to do with the Fourth?  Quite a lot in fact, Alicia Keys is endorsing American support for Israel in the context of breaking the Boycott, Divest and Sanction campaign pleas from Palestine and hundreds of thousands or millions who want the US/IZ/UK to immediately cease and desist their ongoing criminality.

The manipulation of Miss Keys a genuine icon for youth as a role model for youth is obvious.   The young will disbelieve the truth, they will deny their lying eyes; she is in fact endorsing Israeli apartheid.

Independence Day, some wit's idea of dry humor?
We were deliberately programmed with behavioralism to be good working wage slaves.  The reason you never have enough money is a facet of the 'education' system.

The Power of Acceptance

Before revealing today's personal pain, I'd like to offer a short meditation from May 26th Warriors of the Rainbow:
"There is a concept that says you move toward and become that which you think about. If we think about everything as interconnected and interrelated, we will begin to accept the greater whole and that there is a power who is in charge. If we see the cycles of life, if we see the inner powers, if we see the interdependence of the universe, then we will participate in a harmonious way. We all need to pray and meditate on this. We need to understand the property of unity.

My Creator, let me have the insights of nature and give me the power of acceptance"

Today my struggle is ordinary pain.  I forgot, for a fleeting month or two that I am alone in this world, except for my Creator.

I believe in Their is One Creator of all things, visible and invisible, worthy of all praise.  I am humbled and ashamed of  my childish needs for assurances of being loved, of being valued.

I am no stranger to being alone, and I thank God Almighty for this test,  this struggle that stretches out before me.  I pray I am granted the strength and charity to remember to smile and be kind to others, on this once again, lonely journey.

For your listening pleasure the incomparable Nina Simone, singing "Power" at link.

Posted by rubyinthedust at 6:13 PM 2 comments: 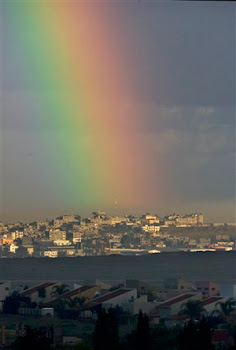